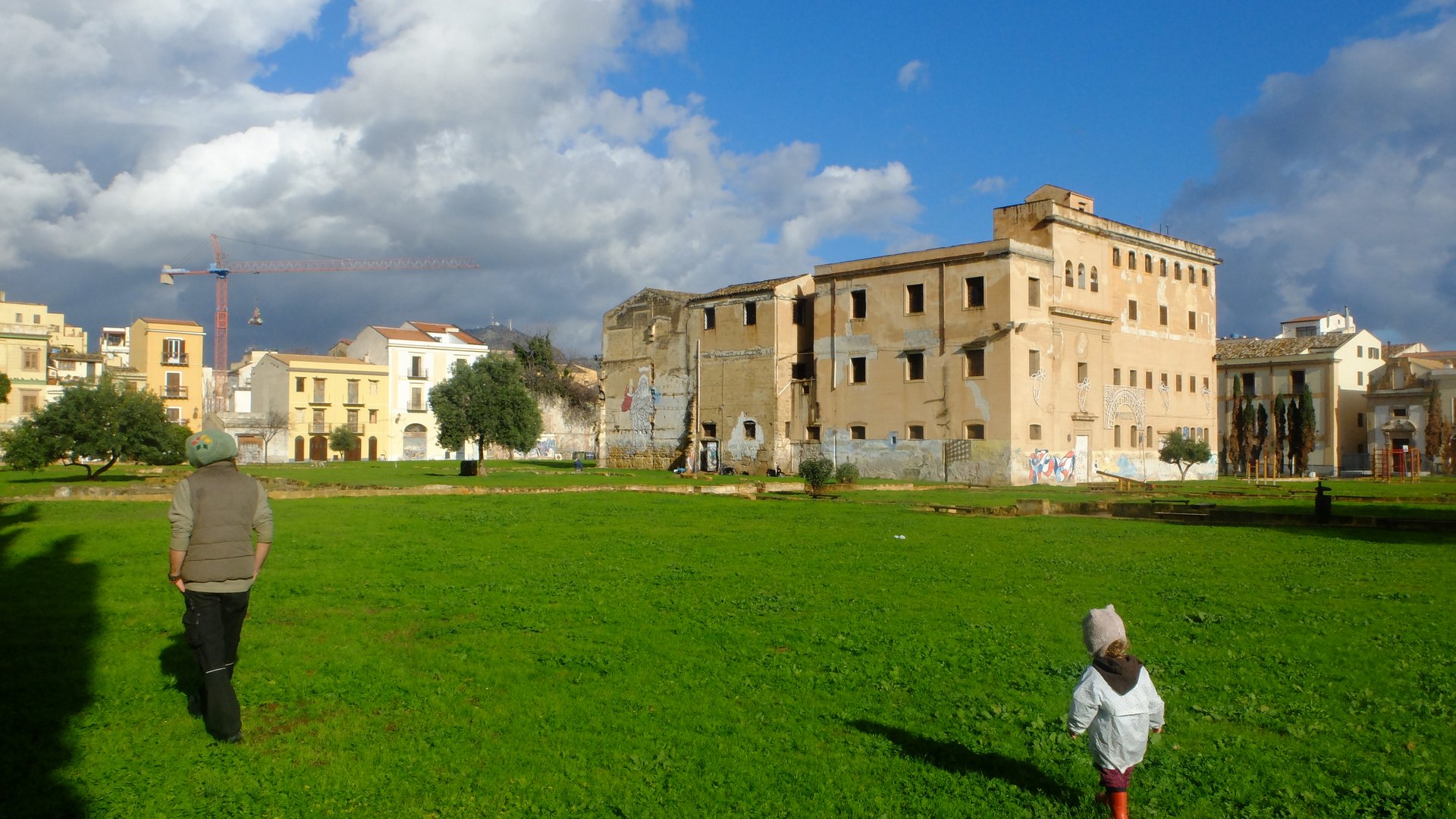 About time for an update!

Finding time with computer and electricity and internet while having a boy around is not so easy after all!

So we left Primiero Valley the 27th of December after spending Christmas with family.

First stop was the Garda Lake, where we were surprised by the warm weather already and lots of lemons sweet oranges on the trees. Our first foraging!

I have for a while wanted to write some words on the joy of foraging!

Picking edible herbs, fruits and mushrooms from the wild is such a fulfilling experience! I was thinking about, one time when we were out looking for mushrooms in the mountains, how it is such a healthy thing to do and completely opposite of going to the supermarket. It is really stimulating the senses in the way that you have to look, smell and touch. With the time you learn to recognize edible fruits, leaves and mushrooms, not by name and not only by look, but by the smell, and the touch and some feelings you cannot even really describe.

The complete opposite happens when you go to the supermarket and bright colors and letters compete in catching your attention and hijacking your senses. You don't have to smell, feel or learn the intelligence of nature, of which plants grow together, which likes shade and which like open sunny spots. It all smells and feels like plastic. You need just to know which products stands together and use your logical mind to read and search for the ones with less chemicals ;) But I think we loose a lot of the rest of our senses this way.

Learning to recognize edible plants, fruits and mushrooms, not by reading labels, but by colour, smell texture and habitat is a really a precious skill to me! And I hope to learn more on this journey.

Maybe oranges don't fit much under the foraging category though ;) But we have picked edibles in every place we've been so far. After Garda we went to the eastern part of the mountains, near Saluzzo, where we found lots and lots of chestnuts and where we are now in Sicily we have found huge amounts of sage, thyme and wild fennel, wild paths in nature here seems like a herbal garden full of thyme and sage! 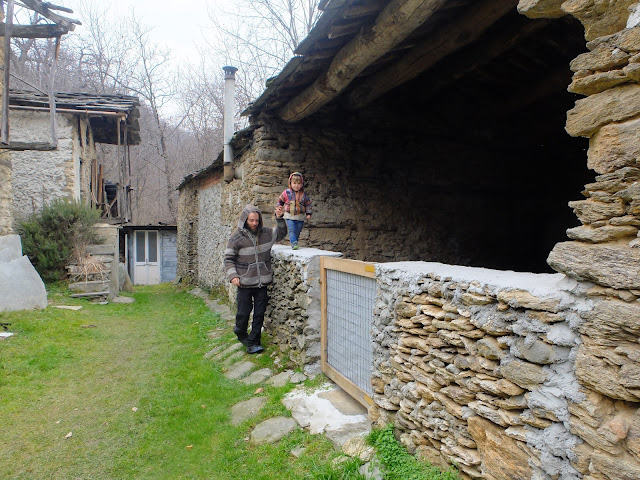 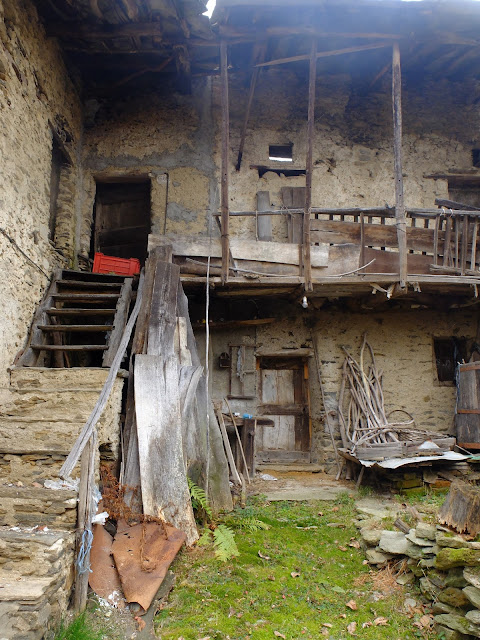 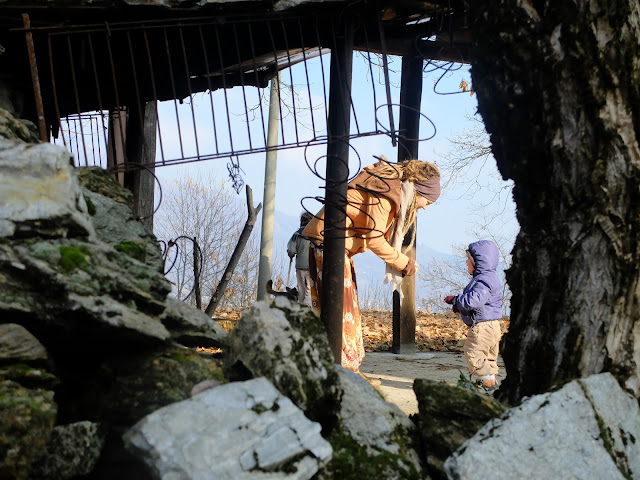 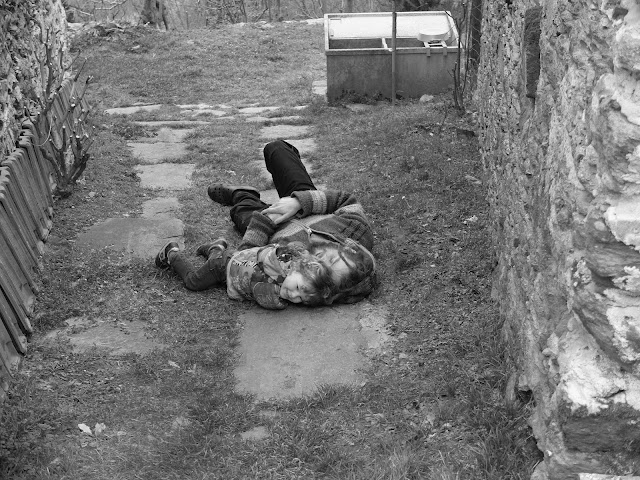 We took the ferry from Genova to Palermo, since it saved us a lot of fuel and driving to get south and it makes more sense to us to "start" from the south and then go slowly up and explore the rest of Italy on the way back north when the weather starts warming up again. So taking the ferry was a good choice I think. It costed us a bit over 250€, but then we could take showers, walk around, play with other kids, charge our electric devices and sleep with the waves rocking us back and forth. 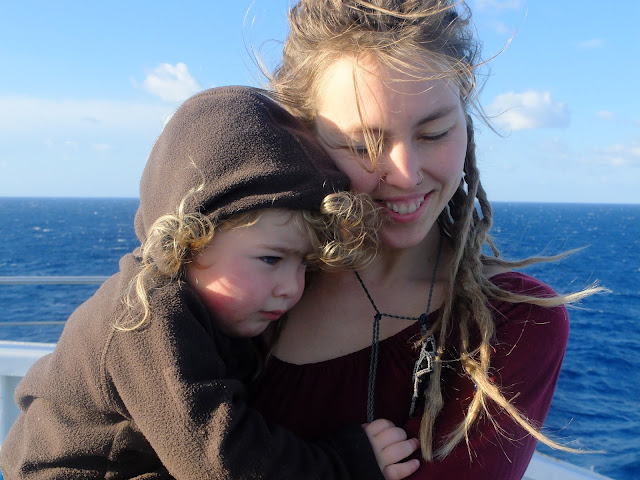 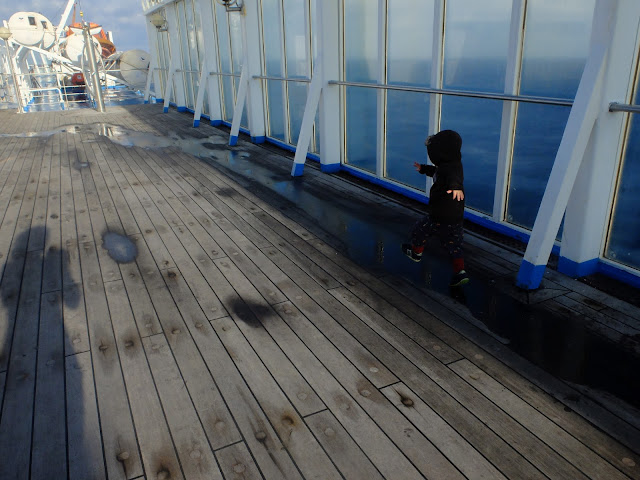 We arrived in Palermo in the evening, so we just found a place to park for the night. I, by the way, drove the camper out of the ferry and out into the Sicilian capital, which was a bit hectic for a one of my first times driving after getting my license, but I made it!

The next day we spend exploring Palermo a bit. Beautiful city with a lot of old buildings and small streets and lively markets! We got caught in the rain though and left to go towards Modica to meet Roberto's friends since they were going to leave soon. 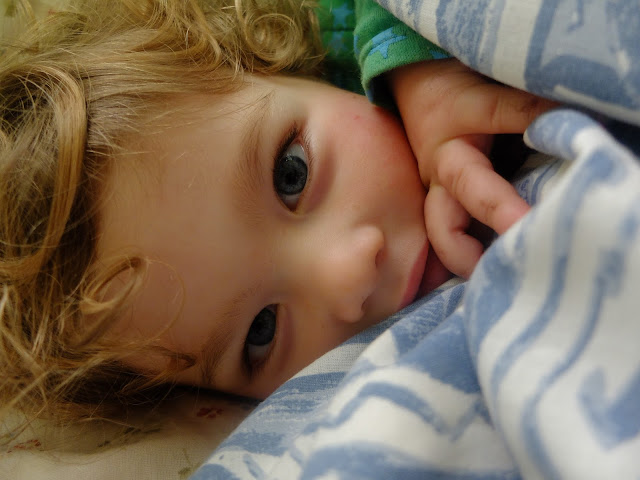 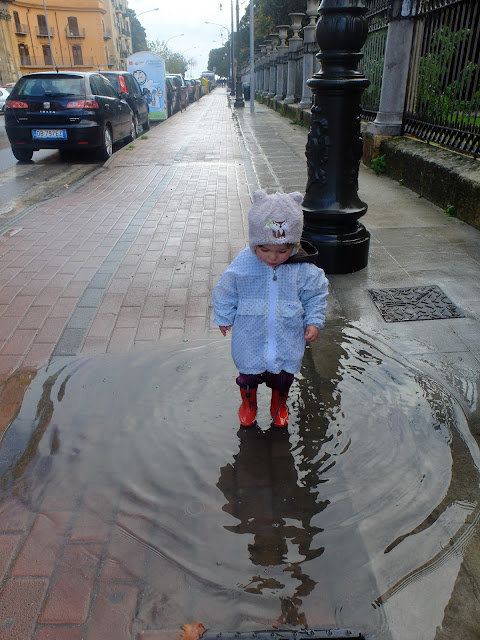 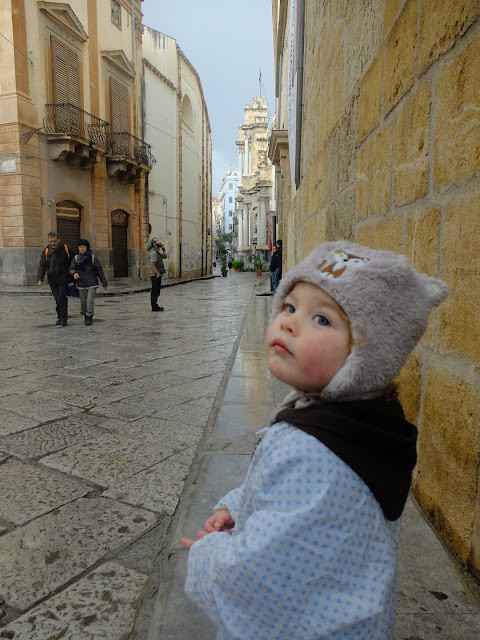 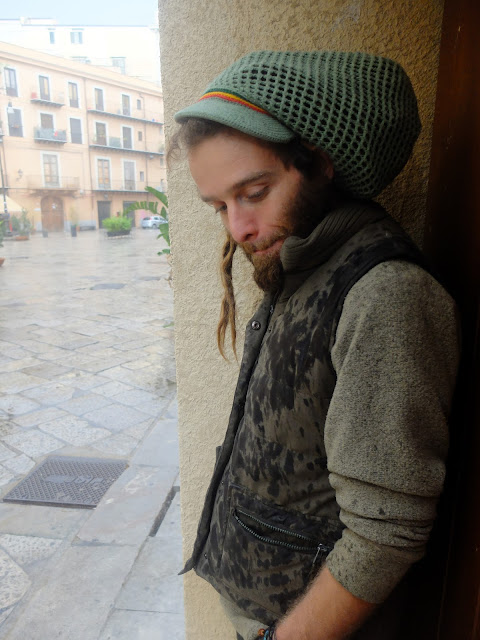 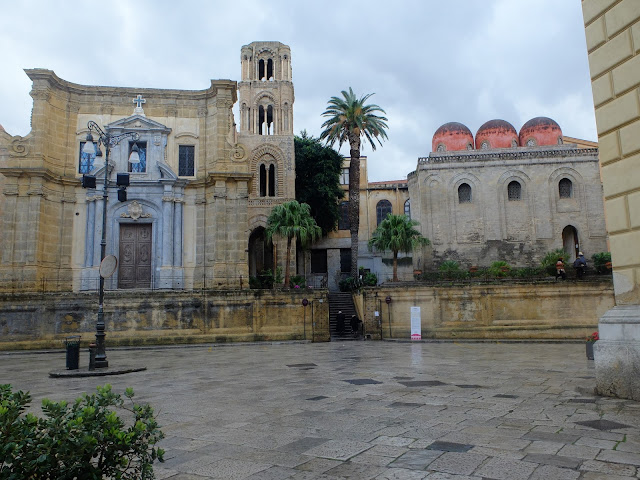 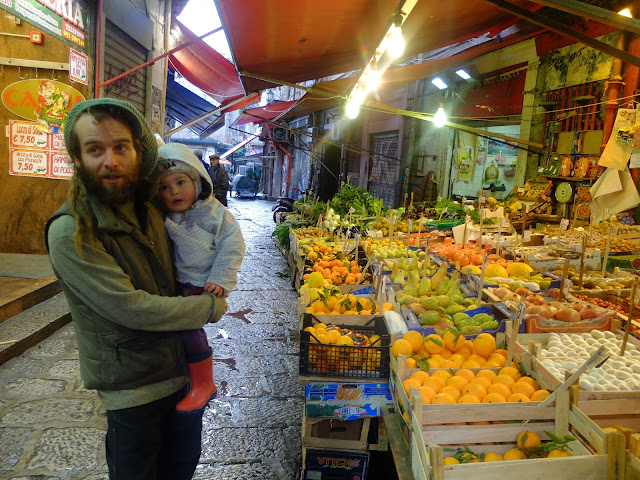 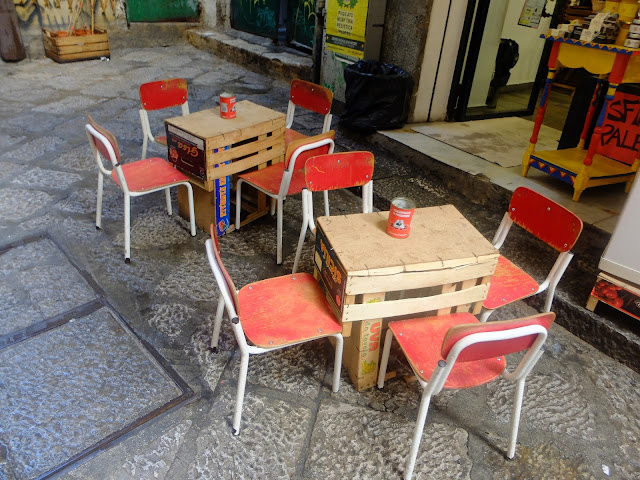 In Modica we were met with cold rain and strong wind. Willow fell a bit sick and Roberto's friends Stefania and Gilberto were busy preparing an art installation in an old church so we spend most of the time in the camper.

We did share a few good meals with Stefania and her family though and it was nice to see the art installation coming to live in the old church. And Modica is a beautiful city.

We were planning to go after to friends of friends community Vallone close by after, but just as departing we got the message that nobody was there at the moment, so our mood fell a bit from being cold and having no places to go and also some personal conflicts.

So we decided to go to a national park to spend some time in nature and heal and find out what we actually want with this journey and regain some inspiration.

That was a really good choice!

We went to Calamosche Beach and spend a really good day playing in the sand, talking, relaxing and got warmed by the sun. The coast was of course much warmer than the inland and the weather also took a turn in the right direction.

We left Calamosche with new strength and inspiration, lots of more, really sweet oranges, that had fallen from the trees that were already harvested, and went to the next national park on the way - Cava Grande.

We parked on the top of the canyon after dark, so it was a beautiful surprise to see the view in the morning. A stunning view of the canyon and a view all the way to the sea plus the snowy peak of Etna in the horizon.

the gate to get down to the valley was locked but a friendly man just told us to jump the fence but be aware of slippery steps.

We walked down to the crystal clear river and little lakes and met some goats and fish. At the top again Willow enjoyed running around freely, tryin to catch the wild cats, while we had some lunch out in the sun.

Now we are in Siracusa, enjoying the beautuful old city of Ortiga and then we will go to a community in a few days, starting our "community tour"!