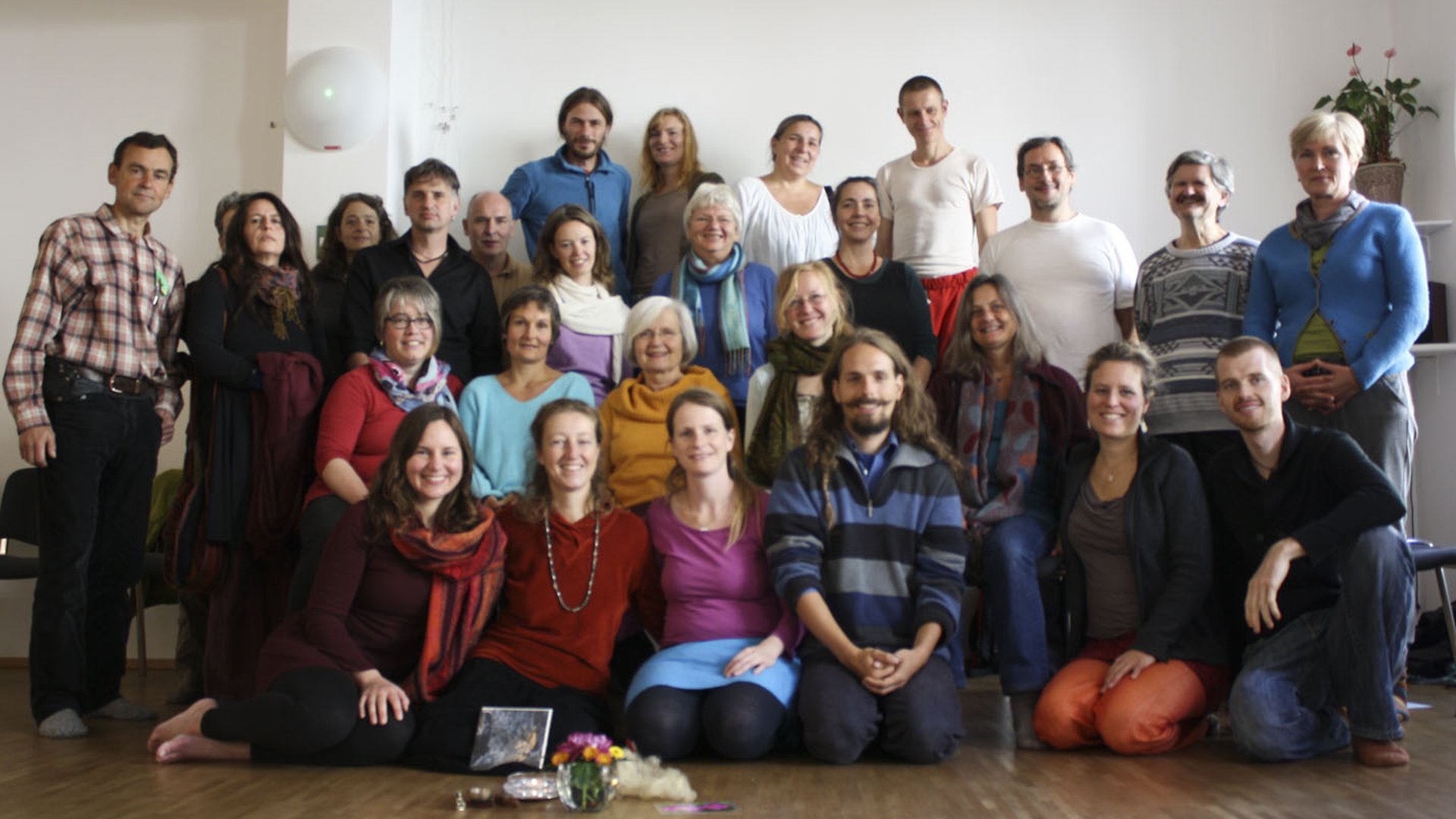 My last weekend i was networking with communities from the german speaking ecovillage network (http://www.gelebte-nachhaltigkeit.de/start/start/index.htm) and Longo Maï (http://www.prolongomai.ch). Founded in 1973 with anti-capitalist background, there are 10 communities in the Longo Mai network, mostly in France but also Ukraine, Germany, Swiss, Austria and Costa Rica. They are very interesting to us, because they already exchange products, volunteers and members between their communes! There was a discussion in the evening about what the world can learn from Longo Maï and self-governed communes in general, as there where quite a few commune members from all over germany present. The most impressing thing was, that the 40sqm room was packed with 60 people and there was no moderation needed in the beginning and just a speakers list needed in the end. Everybody introduced themselves and could speak freely. It was a surprisingly consistent discussion. The global ecovillage network (GEN) was organizing a series of events this year, that was leading to the foundation of a regional subnetwork of german speaking countries. Communities from Germany, Switzerland and Austria now form the GEN D-A-CH. They founded a german association as a legal body and now finish its constitution and and values. Until now there was just GEN-Europe even though it was mainly germans in the team for a long time :) GEN-DACH is also a very interesting development, because 2 founding communities are communes from the "Kommuja" (http://www.kommuja.de/) network of left-wing political communes in germany. Until now there was no overlap of communes and ecovillages. Although i think that both have their advantages and they can learn a lot from each other. I also felt home in both networks and so i am very happy to see a common development. GEN D-A-CH Meeting ufa-fabrik 2014 The meeting took place in an ecovillage in the middle of berlin: the ufa-fabrik. It was very inspiring to see that place that is quite in my neighborhood actually. The program was very well organized and always magically very much on time! (Germans..) But still it felt very, light, inspiring, free and full of heart. IMG_2131 Gift-Economy Network presentation got many points! I presented our project in an open-space technology time slot of the GEN meeting. It was the largest group of the whole open-space and i was quite surprised and happy to see so much interest in what we are doing! After i finished my short presentation of the communities-convergences (http://www.communitiesconvergence.org) and the community-tours (http://community-tours.org), the people had lots of questions about how it works with the gift-economy but also lots of inspirations from other cultures where it seems just a natural part of their living. In the end i finished the workshop with a gift-economy auction, the new format i developed this year. Mostly we collected short-term wishes like massages, but also there will be a scythe workshop happening, not only to teach this fun and practical skill, but it also cuts the grass of the community ;) Right before my workshop there was a discussion in the same room about Lebensgut Pommritz (http://www.lebensgut.de/) which is struggling to keep the group together. The place was gifted to a enthusiastic group of people in the beginning, but a series of things happened that now lead to a very difficult conflict situation. So the energy in the room was quite depressing as we didn't come up with a clear reason or strategy to prevent this. After i was finished with presentation and the gift-economy auction everybody felt really light about the topic of gift-economy, even though they had many doubts and questions in the beginning. A few people came to me and said how energized they feel now for the whole day, even though they wanted to go home after the session before. Some people said that they feel very inspired now to think different about problems they might have and that they see that there is always a solution somewhere and it is just about communicating that allows it to solve the problem! 3 communities said that they might want to host a convergence next year and the biggest surprise was: the next GEN meeting should be organized on gift-economy basis! I am very thankful for this meeting and looking forward to continue our work more closely together with the communities of the network! Arne