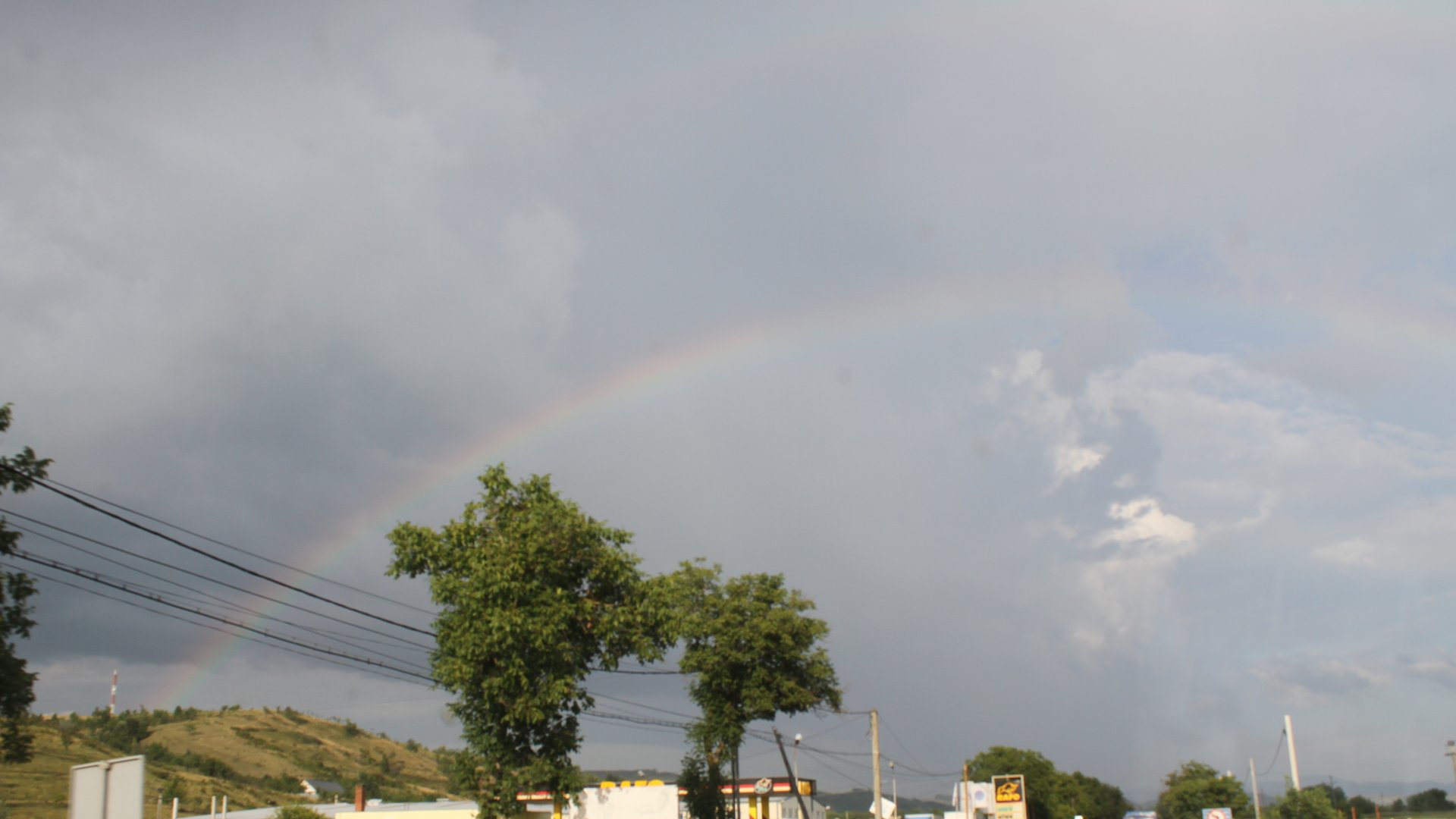 When we where driving into the first villages in romania, the sky started to get a little dark at one side. One minute later we saw a beautiful rainbow all accross the sky while it was still really sunny, no sign of rain. We where driving in the middle of a valley and the rainbow was perfectly over us, we could even see the ends of it to our sides! I was joking that we could stop now to look for a pot of cold there or maybe that the gathering is taking place there. Actually every time i went to a rainbow gathering i saw a rainbow on the way or on the first day, since 5 years! Istn't that magic? But it got even more spectacular. When i was finished telling about all the rainbow-rainbows that i saw, a second rainbow appeared over the first one. It got pretty strong and then even i was amazed :) It might sound a bit phantasized, but we actually made a foto proof!