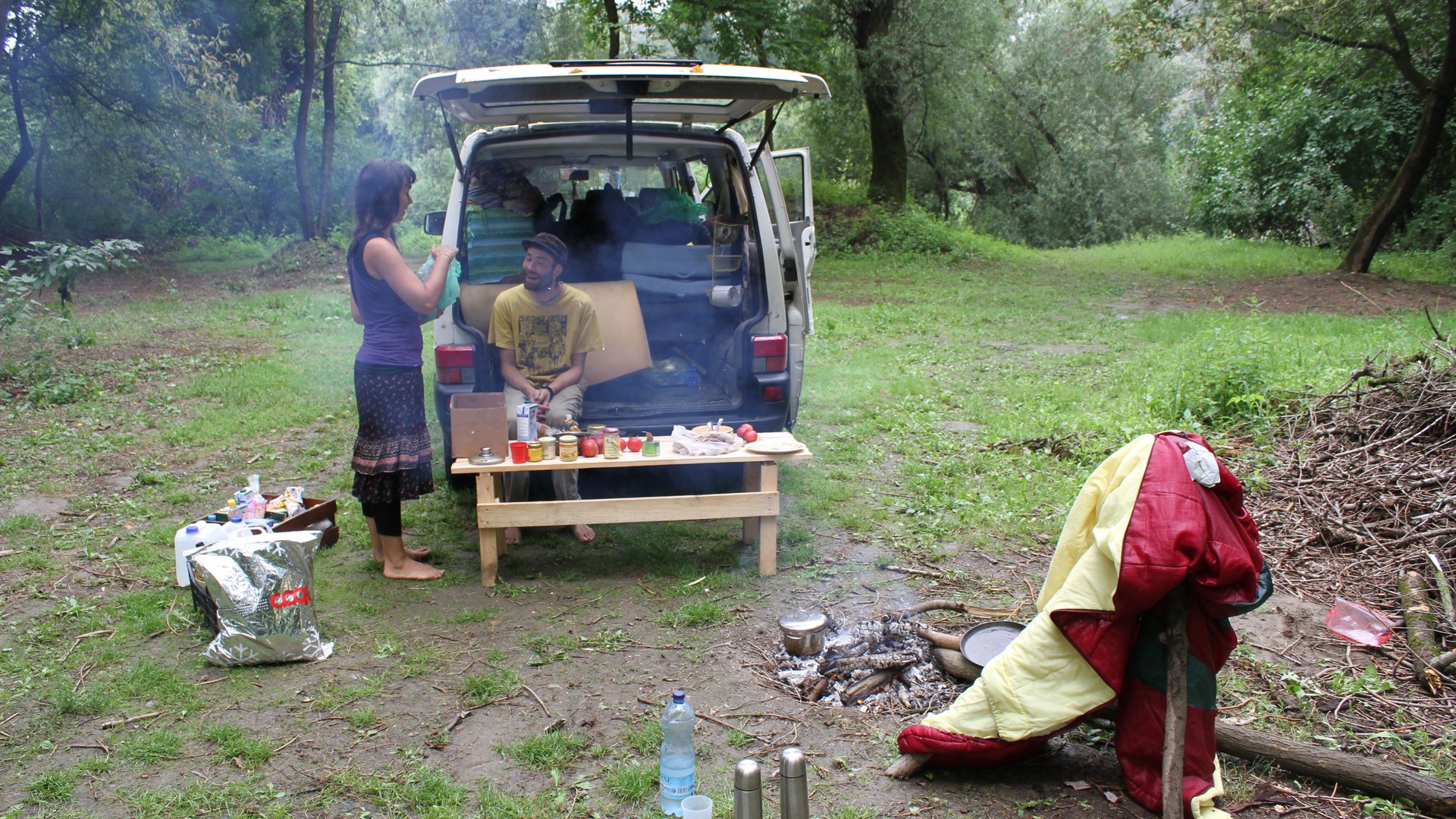 Yesterday we spent the whole day driving through Austria and Hungary. We made a nice piqnique under a big tree on a big meadow and had a good nap in the shadow. In the evening we stopped not far from the romanian border next to a nice river in Hungary. We were looking for the next place to spend the night and ended up on a little campground in the middle of a prestine forrest with tall birch trees and thick vegetation on all levels. There was an old man living there, taking care of the place. It turned out to be a catholic children summer camp area and he was expecting a group the next day. But we could stay for the night. We made a little fire and started cooking, when the old man came and offered us some self baked bread from his family and some tomatoes, but he didnt want to eat with us. The next day we realized that we could not finish all our food, and we wanted to give something back, so where collecting some presents for him. We gave him some dark self-made bread from the PAN Project and a little bottle of tuica, the traditional romanian schnaps from Delcis parents. The Hungarians have something similar, called palinka, but the relationship between Hungary and Romania is not so well from history. So it was a nice cultural bridge too. When we left he gave us his contact and said that if we want to come again and stay a few weeks it is no problem, we should just ask in advance. He was waving us goodbye when we drove of the ground. So nice!