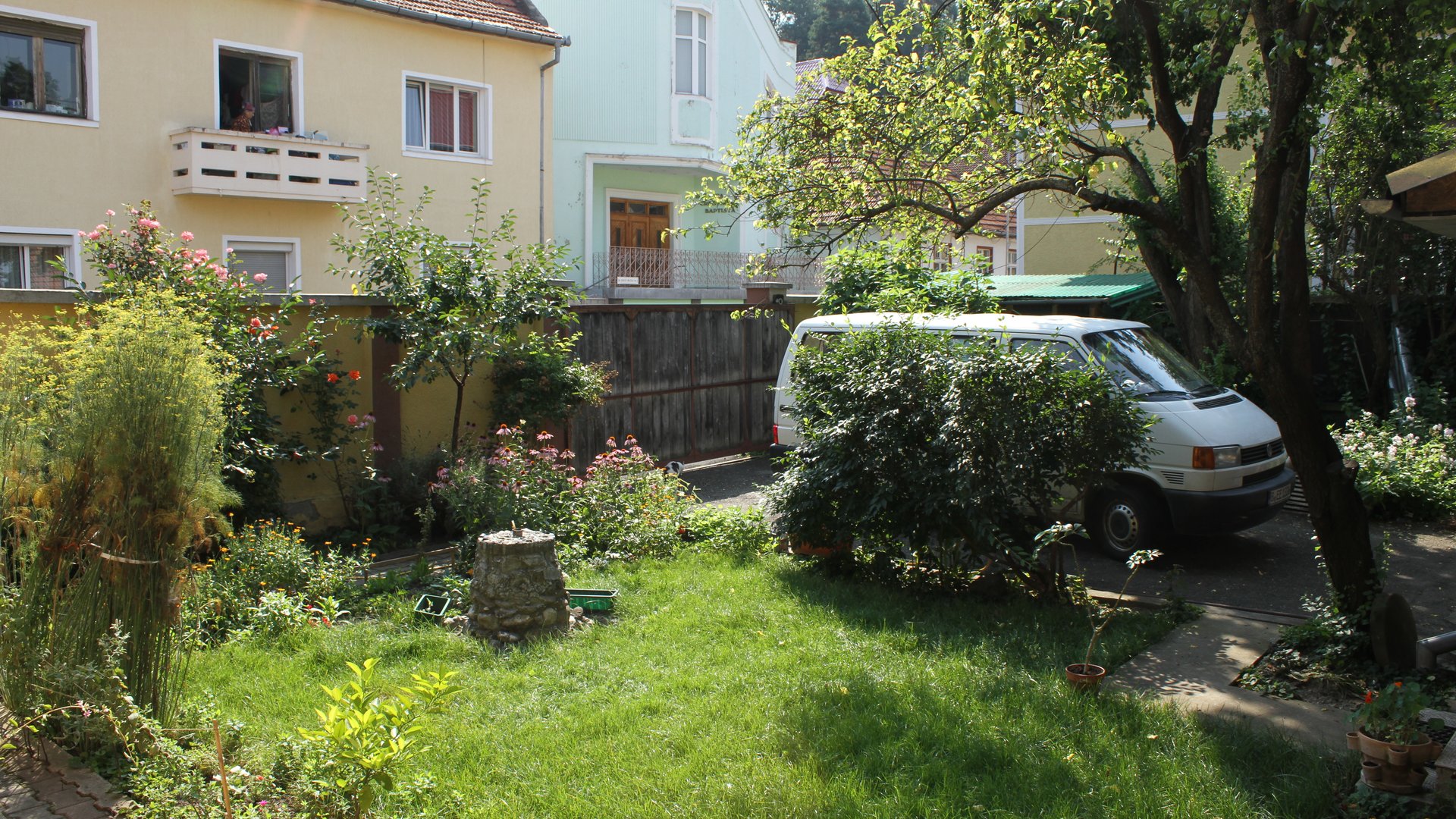 Show all blog-posts
written by Arne Bollinger on Aug. 2, 2014, midnight

I went with Delci to Brasov to see her parents, as she only had a limited holiday time. We went around the old city and it was cool for me to see where and how she grew up. It was the first bigger city i saw in Romania and i was impressed by the beauty, as until now i was shocked at first by the look of everything, compared to western europe. In the last years apparently the city got wealthier through a lot of tourism, and indeed there where a lot of tourists in the streets! There are a lot of cozy bars and nice restaurants and the old buildings have a lot of charme. You can still see bullet holes in almost all of them as the revolution was really active in Brasov. Half of the city is sourrounded by a large, dark and beautiful forrest and i felt really at home. Also Delcis parents are so nice, lovely people! I got to taste a lot of her moms food and her dad was looking at our bus as he is a car mechanic. He got the right motor oil for us and replaced the windscreen wipers. On the second day i was very naucious in the morning and i had to throw up after getting out of bed. I had to throw up again later and i got really really sick with fever. We went to a friend of the family that does reflexo therapy and apparently has healed people from cancer. She was giving me good advice for some teas i should drink and said that i had too much stress. I was terribly tensed in the back and she gave me a massage too. She even called in the evening to ask how i am and invited me to come over the next day too. After the next session i was feeling stronger again, but i slept the rest of the day. On the third day i was back. What a bad trip.