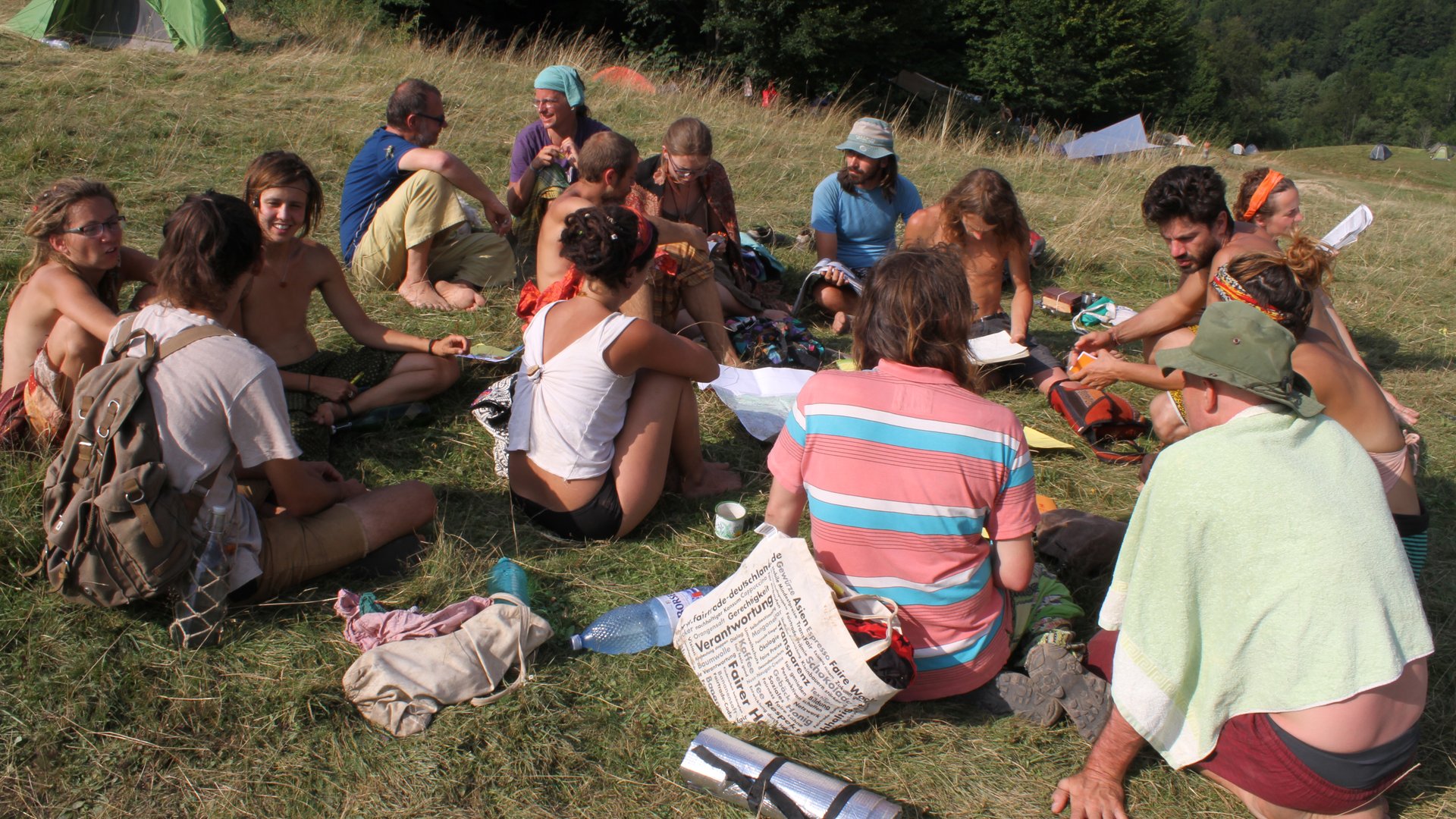 More people for the convergence!

Show all blog-posts
written by Arne Bollinger on Aug. 12, 2014, midnight

More people for the convergence!

Andrei and me where doing another announcement in the lunch circle, for a workshop that i wanted to do since i was starting the gift-economy thing. The "anything, anytime connection workshop". It is a funny wordplay, because in rainbows we say first time food and when there is plenty left "anytime". Whenever you are looking for anything, you just put connection after it and scream that. Usually you will get it immideatly. We did a talking circle where we first presented our project and then people where presenting their needs and offers. At first there was a lot of matching, people got massages, water and rides to other places. There was even someone from a community called "osho center primalive" in witzenhausen. They are practicing gift-economy for themselves and want to open up now to host volunteers without a fee. Usually the have seminars and you have to pay 250€ a month to stay there. But he put the condition that you have to stay for 4 weeks and to have a talk before. I was very happy because this is what i was suggesting to communities before. I didnt even talk to him before and he was already introducing the concept by himself. There where a few people that where doing gift-economy already and lots of inspiration, connections and sharing of information. In the end i gave out lots of adresses and contacts as well. In general people where very excitied about what we where doing and some really happy to see this happening. We inspired one woman to come with us the next day to start setting up the convergence in Aurora. I said that i am flying to germany and that my bus could stay there and take 8 people to the convergence. It just needs a driver. Some remote friends of mine where interested and as they seemed pretty reliable and commited i aggreed on the spot that they can take it. We spoke about the details and the next morning they where meeting us at 8 o clock at the infopoint to go down to the parking and see the bus and take the keys. It was challenging my trust that they take care of the bus and my stuff inside and that they will come to the convergence in time, but the next moring they already were 6 people who wanted to come and there were a lot more asking about a space in the bus: like about 5. So it seems that more people will come to the convergence and many got inspired to joing the community-tours in the near future and go travelling between communities.