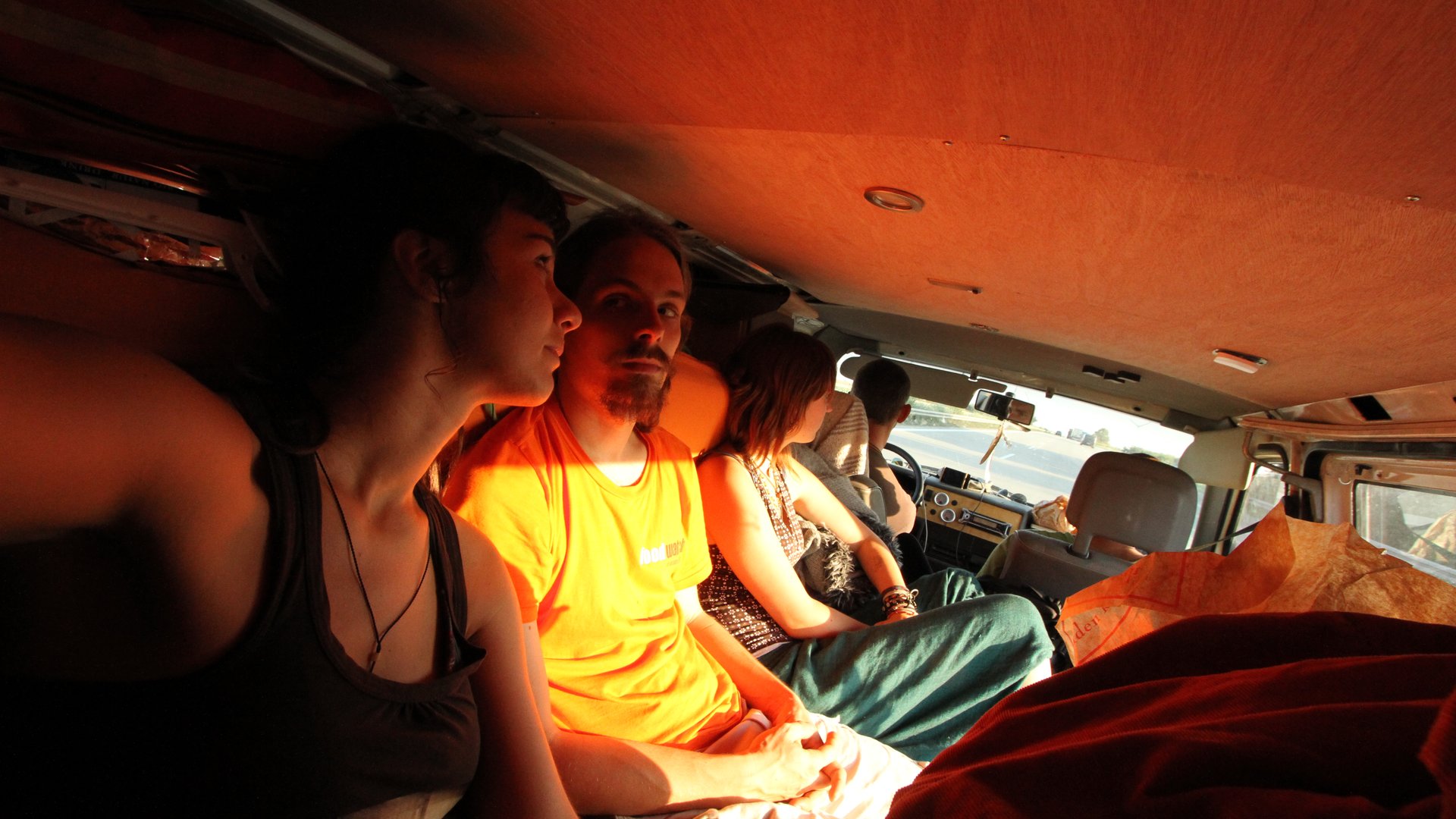 Show all blog-posts
written by Arne Bollinger on July 21, 2014, midnight

We finally bought our bus today! By surprise we got the news at a festival near Berlin on the weekend, that we can buy a bus from Fabi. He is a not only the coolest guy in the world, but also a car mechanic, so we can trust him that the bus is in a good shape. In a total frenzy we had to get insurance, papers and plates for the car in one day! That in germany is usually not possible, but we had super nice people that helped us and we had to pay a little bit more. So we didnt think that we make it until the last hour, but it all worked out surprisingly smoothly. I even managed to organize a big solar panel and a big ass sound system for the bus. But we had to go down to Bavaria with Fabi and 5 people in his bus and it didnt all fit in. So i had to let go of my idea of the nice eco-sound, but now that i have the bus i might do some concerts in Berlin with it. Also much more fitting than the rural community context :) Today we built a table for the back of the bus, so we can sleep in the bus and also take it out to sit rainsave under the backdoor to cook and eat at the table. We got free wood, tools and help from Fabi's father who is also a really nice person. Now we are going to enjoy the amazing fruits of their nice little garden :) We are fetching Galia and Thomas later from a trainstation nearby, and sleep at a nice little lake with Andrei and Sayana from Sieben Linden. Early in the morning we will begin our journey towards Romania. Our first stop might be the PAN project in austria. Our request was super last minute and i was always telling everyone that they should not do that, i was a bad example myself. Well nobody is perfect :)